Getting my Google Pixel

By now, it has been all over the news that Google has launched it’s new line of phones called the Pixel. They released both the Pixel, and the Pixel XL. While this was being announced live on television, I immediately ran over to my computer and placed my pre-order. After waiting for exactly 20 days, my very own Google Pixel device has arrived in the mail, and I wanted to share my review with all of you!

Genius! That is the first term that went through my head when I first watched the video Google released introducing the new device quoting “3.5mm headphone jack satisfyingly not new.” I used to be an iPhone fan, for a very short while until I realized that there were many alternatives to Apple devices, ones that had many more options for things like testing and customization. I personally am pretty into technology, so I quickly made the switch. This phone is obviously an iPhone competitor, and Google made that clear when they released their video advertisement introducing the device.

So to move forward with this review, these are some images of me unpacking my brand new device!

It felt like Christmas day to finally have this device. I quickly booted it up! 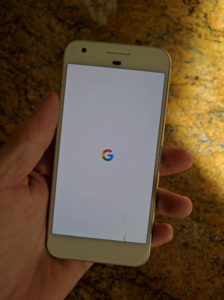 And was greeted with a wonderful looking interface, the one we have all seen on the intro videos. 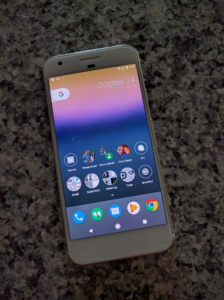 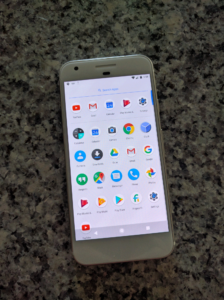 I have now been playing with it ever since. I previously utilized the Nexus 6P which was already amazing, so I didn’t really think it could get much better than that. Well, it did. Google assistant is actually extremely good at understanding your words. I tested this by leaving my phone on the counter in the bathroom, and asked it to skip to the next song while taking a shower, and it had no problem hearing me and following my instruction.

My friend has an iPhone 7, so I’ve played around with that as well, but I have yet to have them side by side. Based on what I’ve played with so far, it does seem faster. Overall, I am yet to be disappointed by anything this device has to offer, and would highly recommend it to anyone.

My personal “Pros” this device has:

I will make another post about this device once I’ve used it for a couple days. Until then.. Google, you’ve done it again.

This site uses Akismet to reduce spam. Learn how your comment data is processed.